Hello and welcome to another great post from We heart. Today I wanted to talk about a Stallion boots sale from a boot brand that you either don’t know much about or you might have never even heard of. These boots on a scale from 1-10 when it comes to quality is definitely a 10. They are of the highest quality and craftsmanship. They are absolutely stunning if you haven’t seen a pair.

Now I said “A boot brand that you either don’t know much about or you might have never head of.”. Now the first thing you might be thinking is “Why haven’t I heard of them?”. That’s a fair question. Well the reason is that they are relatively new in the boot industry. Companies that you have heard of with the names the like of Lucchese and Tony Lama cowboy boots which have been around for over a hundred years. They are huge and sell boots in large quantities. Stallion on the other hand is a little bit different.

No reason to beat around the bush here, the boots are expensive as H.E. Double toothpicks! If you aren’t looking to spend over a grand on boots, Stallion isn’t the boot for you. This is literally a boot worn by many many movie stars, singers (country music and other types), and just all around famous people that have ridiculous amounts of money. But hey, it’s still cool to check them out and who knows, maybe you have the money and can afford to buy them. If you do, I guarantee you won’t be disappointed! Wouldn’t it be great if everyone could afford a pair? Yeah, I guess so, but then I guess they wouldn’t be as special as they are. The only thing I can tell you is, if you can buy them, you will love them. If you can’t, well they are fun to look at and dream about. Either way, let’s dive right in to this awesome Stallion boots sale.

Even If There Is A Stallion Boots Sale,  Is It To Much?

I had to ask, but it’s really not much of a question if you ask me. The price might be ridiculous to some (I’m one of them), but I could pretty much say that about most products out there. Cars, houses, shirts, shoes, whatever it is, stuff just seems to be way more expensive these days. I mean there are low priced things and there are high priced things. That’s just how it is. I really don’t need to tell you the difference between the two. I mean if you are over the age of 18, I’m sure you have had firsthand experience with this.

I bought a fishing pole once at Target for somewhere around $19.99. It was a pretty good pole. A Zebco or something similar I think. I used it religiously down at the river fishing for basically anything I could catch such as bass (large mouth and small mouth), catfish, and I’m pretty sure I even caught a walleye on it. It lasted all summer. Half way through the next summer it had some serious complications. I think the gears or something stripped inside of it and my drag no longer worked. I wasn’t too disappointed though. I was like oh well, $19.99 well spent. It lasted longer than I thought it would.

You can apply my same thinking of the fishing pole to a pair of $100 cowboy boots or for that matter, apply it to a pair of thousand dollar or more pair of Stallion boots. Come to think about it, you most likely apply that way of thinking to several types of products every day and don’t even think about it.

We Said Why, Now Should You?

“Should I buy this?” is a question you and I should ask ourselves all the time. Just because something is more expensive doesn’t mean it’s better than the cheaper item. When I go grocery shopping, I’m perfectly find with buying the Publix or Kroger brand frozen broccoli spears. I don’t need to get Green Giant or some other brand name. To me they are practically identical. I’ve never seen a difference between the tow in either the look or the taste.

Now with that being said, you usually can’t say the same thing with bigger ticket items. Yeah I know, there is always an exception to the rule, but for the most part it stands true. As long as you take in consideration that a lot of items that you purchase (you might be shelling out some cash for the name more so than the quality of the product), you should be good to go when it comes down to the quality of the product.

Click Image: This is the place to buy the best boots – Hands down! Get The Best Prices

As Stallion boots states: “There is only one way a Stallion boot is made – by hand”. Hey you could say the same about  Rios Mercedes Boots,  Tony Lama, Lucchese, Black jack cowboy boots, and many others, but there is a difference here. They are produced by hand, but in very large quantities compared to Stallion. Stallion only produces about 70 boots a week. Yeah, that’s right, just 70. That number is insane if you compare it to any other boot maker. There are over 140 steps that go into making each Stallion boot and a lot more when intricate patterns, or different inlays and unique materials are involved. Each pair of Stallion boots has the love, sweat, and tears of the highly skilled boot maker that made it in the “soul” of the boot so to speak.

They only use the highest quality of materials found throughout the world. They are well-known for their signature soft alligator and crocodile leathers but they also construct the highest quality boots form such leathers as calf, ostrich, lizard, stingray, kangaroo, a ton of various snakes, water buffalo and bison. You won’t find a selection of top quality materials from any other boot maker in the world! Not only that, have you ever heard of a boot company using fossilized walrus or mammoth ivory in their boots? I didn’t think so. I was blown away when I found that out. Don’t worry, it’s not illegal because it’s fossilized.

After all of that, if one of those pieces of art that Stallion has magnificently produced at their one and only shop in El Paso, Texas hasn’t caught your eye, you have one other option. That’s right, upon request Stallion will custom design a pair of one of a kind handmade boot just for you with a custom design and custom fittings.

Hey, I get it. They may be out of your price range. Trust me, same thing I said when I saw those numbers after the dollar sign. If that’s the case, move on and look at another pair of boots. You can get something cheaper like maybe some Dan Post Boots  or Dan Post women’s boots and still have a great pair of boots. I have a bunch in my closet, so I definitely wouldn’t sweat it. You can also check out some of the best men’s cowboy boots you could ever hope to find right here.

Then again, maybe you do have the money. Maybe you have the money and you are used to buying the finer things in life so to speak but you have never heard of Stallion boots. If that is the case and you do get a pair, I think you are going to be thanking me later. Not only did I introduce you to the finest pair of boots out there, but you also are gonna fall smack dab in the middle of a Stallion boot sale. I basically just killed two birds with one stone!

Obviously it’s your choice, but I just felt the need to let everyone in on these beautiful boots. Hey, if you don’t want to fork out the cash for them that’s alright. You have plenty of other great options that I know you will be happy with. At least you can take a look at these pieces of art and maybe put them on your “purchase bucket list”! 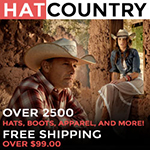